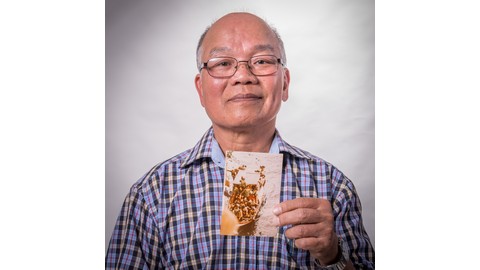 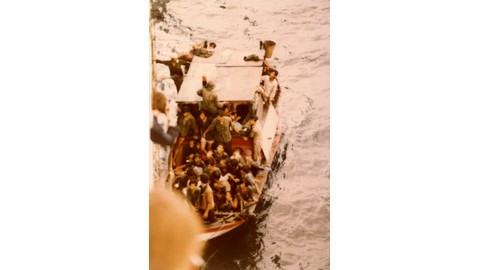 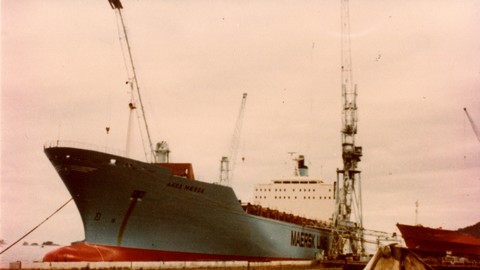 “When I look at the photo I think about how very lucky we were to survive. We got a miracle”

“We sailed from Vietnam, 55 of us in an 11-foot boat.
The engine was old and stopped working.
A storm blew up and we drifted for seven days.
Pirates boarded us twice. We had nothing to drink and our situation was dire.

Finally, a plane spotted us. We waited and waited.
Then a huge, massive ship came and rescued us. The ship’s captain took the photo and gave it to us as a souvenir.”

They were fleeing the aftermath of the Vietnam War.

A lot of them were picked up at sea. It was common that they were granted asylum in the country in which the ship that had saved them was registered.

The reason for Thuc arriving in Esbjerg was an international refugee crisis.
In the exhibition, PIONÉR - our story you can meet more people who have arrived here because of refugee crises.

Top pictures: The photo that Thuc talks about was taken by the captain of Anna Mærsk. Later he sent this together with other photos of the incident to the refugees.
Photo of Thuc: Esbjerg Fotoklub 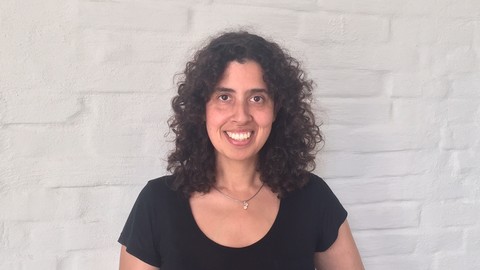